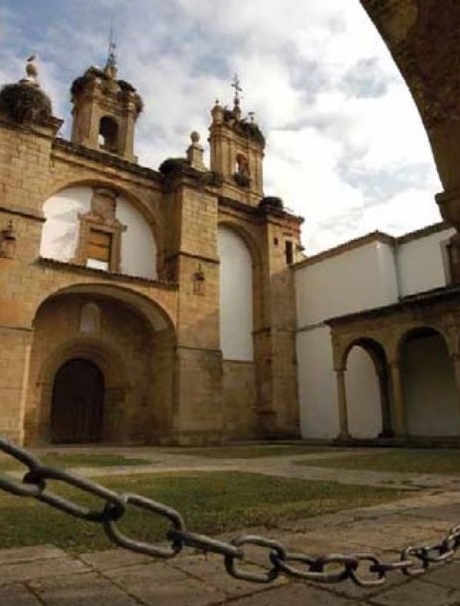 The "El brocense" Cultural Institution of the Cáceres County Council has its headquarters in the outbuildings of the old and magnificent San Antonio el Real monastery, located at noon and outside of the monumental town, on the verge of the Roman road known as the route of the silver.

The monastery takes a clearstance of a late gothic style, standing out the interior of the cathedral church, with on the floor, a Latin cross, three naves, an apse and a raised transept, and the gothic cloister with the magnificent facade and rib of the chapels vaults.

Starting from June 1980, the monastery turned into the headquarters of the "El Brocense" Cultural institution moving on to be called San Francisco Cultural Complex, as well as the StandS that accompanies the Conference Organizations. 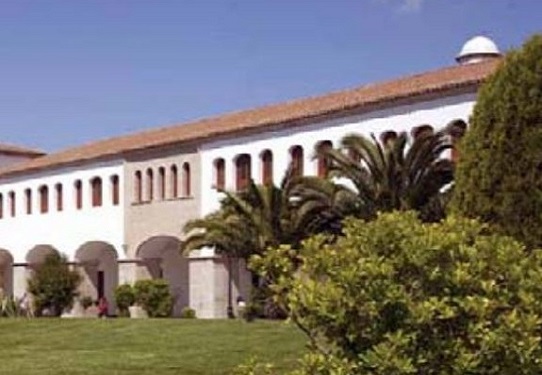 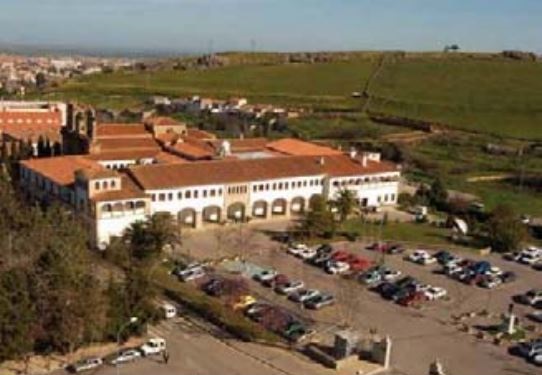 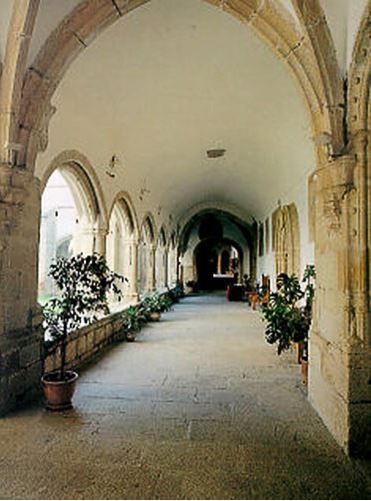 The four existing Cloisters are prepared to host large exhibitions of all kinds, as well as the Stand that accompanies the Conference Organizations.

They are equipped with special lighting, power outlets and telephone sockets, the Main or Gothic Cloister stands out, where you can see the “Frescos”, discovered after the remodeling of the Old Convent in the current headquarters of the Brocense Cultural Institution. 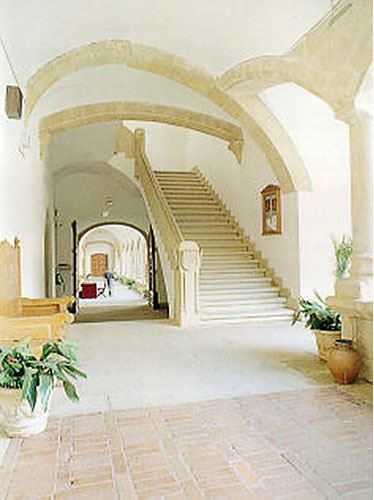 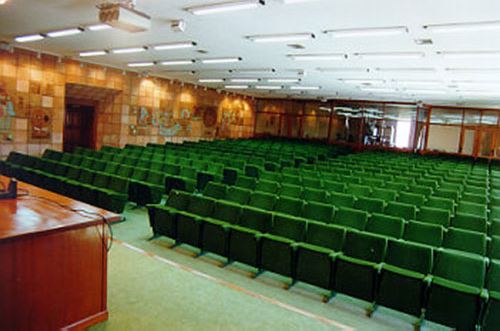 It is located on the first floor of the complex, in the northwest wing with views of the “Fly Mountains”.

It was part of the services of the Monastery, hence the absence of important architectural details. Authorized for the School of Fine Arts in 1982, its current remodeling in 1992 transformed it into a magnificent and sophisticated room.

Named with the Aztec name of Malinche, lover, interpreter and counselor of Hernán Cortés, daughter of a powerful feudal man of the Crown of Mexico.

The room has been enriched with a beautiful ceramic frieze emulating Aztec motif and the bust of the companion of Hernán Cortés. 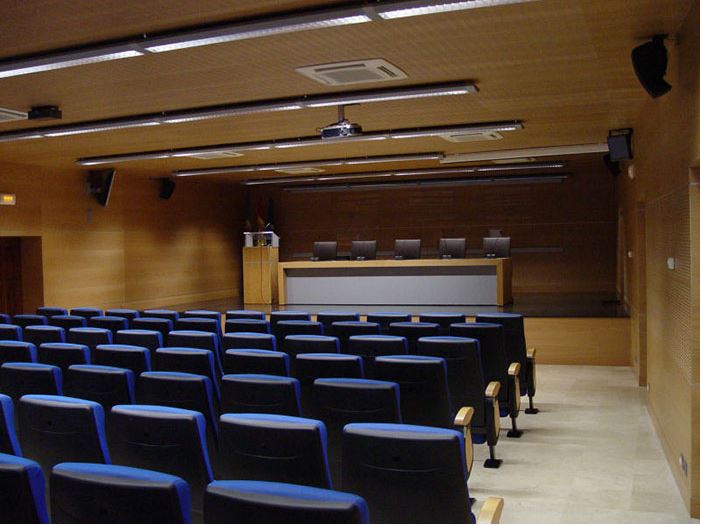 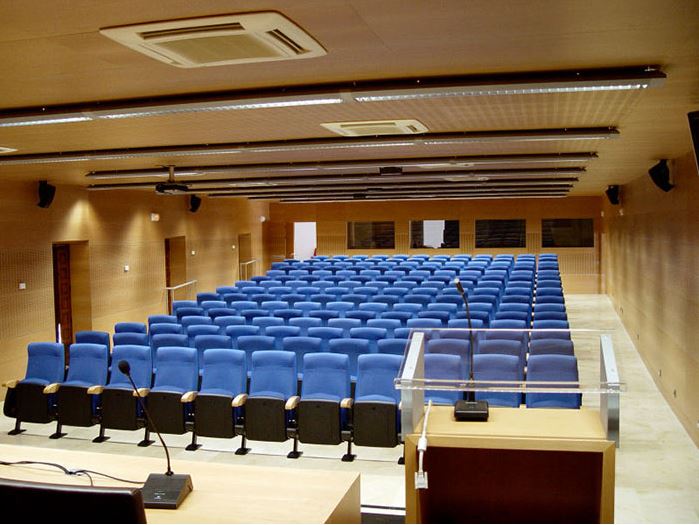 This room is located on the first floor of the complex. It corresponds to the upper floor of the old convent’s refectory. It was named after García Matos in honor of this illustrious musicologist and folklorist from Cáceres born in Plasencia.

It has been completely renovated at the beginning of 2007, having been equipped with everything necessary for the celebration of presentations and meetings. 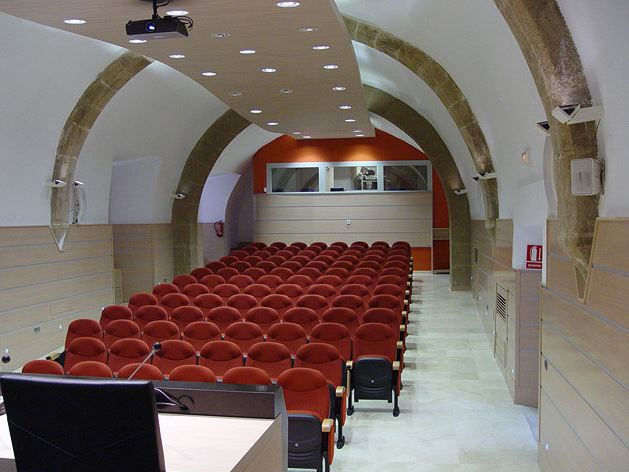 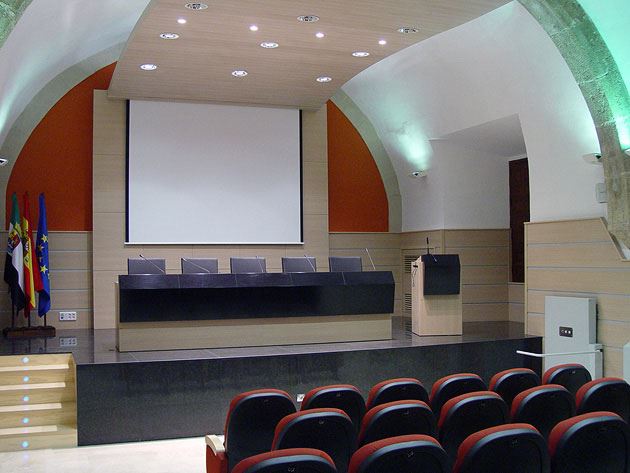 This room is located on the ground floor of the complex. It was the library of the Monastery. It was considered one of the best in the province. It was built at the expense of Paredes and Rochas families in 1554 and was also used as a classroom for Sacred Theology and Art.

From the year 1841, it served as the dining hall of the Provincial Charities Organizations: Hospital, Hospice, House of Mercy, College, Home, Student Residence ... until the restoration of the Building in 1981. 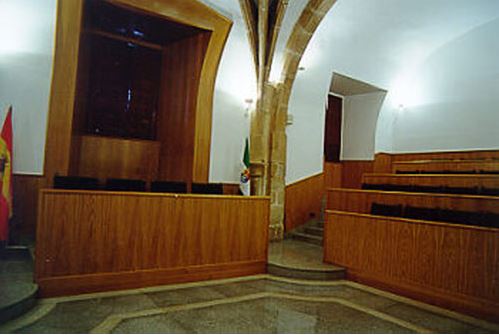 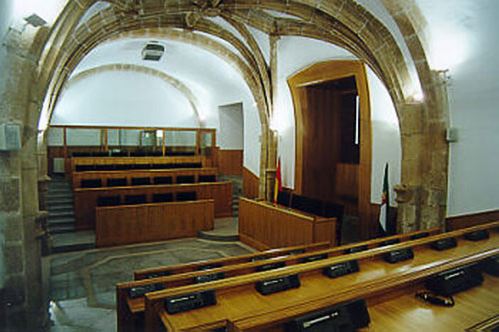 This room is located on the ground floor of the complex. It is the Chapel of the Golfines.

It shows a cover exempt of Romanesque elements, although its construction is fully Renaissance period.

It is singled out from the rest of the claustral chapels by its arching of archivolts, columns and points or pomegranates.

Inside starry vaults with familiar emblems.