Research activities in general, and PhD projects in particular, are facing stringent demands in terms of time available and quality of results, e.g. publications. This double pressure requires limiting the idle pursuits and failed attempts during research projects. Today more than ever it is necessary to have a research methodology. In the case of Information Systems and Software Engineering, a method of growing importance is Design Science. Its objective: to ensure both the rigor and the relevance of research prototypes. By "rigor", it is understood that research results are well validated and supported by theories. By "relevance", it is meant that the target problems are of interest for the widest scope possible, avoiding too marginal or local issues. As an Engineering discipline, Web research aims to built artifacts. But, it is the addition of rigor and relevance what will turn those artifacts into design science. Through a running example, the tutorial delves into the distinct stages of the Design Science approach. Distinct case studies are presented.

Oscar Díaz is Full Professor at the University of the Basque Country. His current interests include Web Engineering and Software Product Lines. He leads a fifteen-member group, ONEKIN, with close partnership with industry. The group is being continually founded by competitive Spanish Research Programs since 1992, and it has been involved in 10 industry contracts. He obtained the BSc in Computing at the University of the Basque Country, and a PhD by the University of Aberdeen. He has supervised 15 PhD students. Tutorial wise, the presenter has contributed to the area of Design Science Research (DSR) by participating in the main event of the DSR community, the DESRIST conference:

Attendees are encouraged to bring their laptops. A demo of the DScaffolding tool will be covered. DScaffolding works on top of Mendeley (www.mendeley.com) and MindMeister (www.mindmeister.com). If possible, please create account on these Web sites.

HTML is the Web’s core language for creating content for everyone to use anywhere. It is the standard markup language used to create Web pages and its elements form the building blocks of all Web sites. The number of elements has increased over the years and the interaction is now much richer than at the beginning. It has evolved into HTML5, the latest version of the language. It has introduced new APIs to support synchronous communication, local information management and many other features that were neglected in previous HTML specifications. But, there are also some elements and APIs that have been removed. As a result, for any person interested on the Web, it is highly recommended to know the current status of the languages and technologies used to build nowadays (and future) Web applications. This tutorial presents and up to date view of the HTML5 standard, showing the evolution of the standard to the current version. The tutorial also includes running examples to present and discuss about the presented concepts. 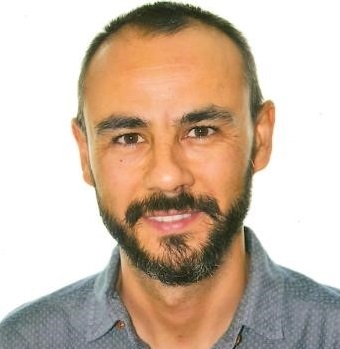 Félix Albertos Marco received his PhD in November 2017 from the University of Castilla-La Mancha. With his doctoral dissertation “Responsive Web Interaction: Dynamic Management of the Interaction in Web Applications”, he showed how Internet has made interaction with Web applications possible from almost anywhere and using any device. As a result, the Web platform can be used to perform tasks using multiple devices in a coordinated manner, utilizing the interactive resources distributed among them and, moreover, in situations where there are connectivity issues. He also analyzed how technology, specially HTML, is used to support user interaction, for example to improve user interaction with Web applications.

His main interest is the HTML standard and how it is evolving to support nowadays user interactions. Since 2010, he has been involved in teaching activities within the University of Castilla-La Mancha, with a great interest on how HTML is changing to support nowadays user interactions. On this regard, he taught several subjects in the Master of Web Technologies (2010-2015) related with web development (HTML, XHTML, XML, HTML5 and PHP). In the last years, he is involved on the Degree on Computer Science in several subjects (Human-Computer Interaction and Software Design), also within the University of Castilla-La Mancha.

ASQ is a Web-based tool to deliver interactive presentations to large audiences so they can participate in active-learning quizzes. Answers from the audience are aggregated and displayed to the presenter in real-time. In this tutorial we will use ASQ to deliver presentations that contain study material and quizzes for a functional course in Web Technologies. Attendees will be able to go through the full cycle of an ASQ presentation: authoring or converting existing PDF presentations, uploading to the ASQ server, starting a live presentation, getting audience members to connect and answer quizzes and going through the answers. The presentations will be written HTML5/CSS3. They will include various types of quizzes that range from simple multiple-choice questions to JavaScript live coding exercises. 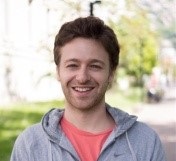 Vassilis Triglianos is a PhD candidate at the Faculty of Informatics of the University of Lugano, Switzerland in the Architecture, Design and Web Information Systems Engineering research group headed by Prof. Cesare Pautasso. His research interests include the Web and education, software clicker systems, data analytics, and everything that has to do with innovative Web technologies. He is the lead developer of ASQ, a platform for interactive lectures. 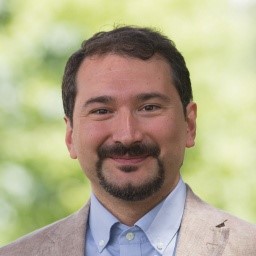 Cesare Pautasso is full professor at the Faculty of Informatics at the University of Lugano, Switzerland. His research group focuses on Web engineering, Liquid Software Architecture and RESTful Business Process Management. He served as the general chair of ICWE2016 and is one of the founders of the WS-REST workshop series. He has co-authored a book on SOA with REST in 2012 and is currently writing another one titled "Just Send An Email: Anti-Patterns for Email-Centric Organizations”. He has been successfully using ASQ in his teaching for the past three years. For more information: http://www.pautasso.info
ENGINEERING OF WEB STREAM PROCESSING APPLICATIONS

The goal of the tutorial is to outline how to develop and deploy a stream processing application in a web environment in a reproducible way. To this extent, we intend to (1) survey existing research outcomes from the Stream Reasoning /RDF Stream Processing that arise in querying and reasoning on a variety of highly dynamic data, (2) introduce stream reasoning techniques as powerful tools to use when addressing a data-centric problem characterised both by variety and velocity (such as those typically found on the modern Web), (3) present a relevant Web-centric use-case that requires to address simultaneously data velocity and variety, and (4) guide the participants through the development of a Web stream processing application. 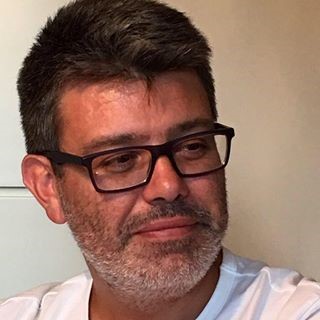 Emanuele Della Valle is an Assistant Professor of Software Project Management at the Department of Electronics and Information of the Politecnico di Milano. He tries to perform research that is justified and guided by business needs. His major interest is in translating research results into business opportunities. In more than a decade of research, his research interests covered Semantic Web, Web Services, Service Oriented Architectures, Search Engines and, more recently on Stream Management Systems and Rank-aware Databases. His education activities include lecturing: Software Project Management at Politecnico di Milano; Knowledge Engineering at Universita dell Insubria; the RDF stream Processing tutorial at ESWC 2014, the Stream Reasoning for Linked Data tutorial series at SemTech 2011, ESWC 2011, ISWC 2013, ISWC 2014, ISWC 2015 the LarKC Early Adopters Tutorial Series at ISWC 2009, and ESWC 2010; a tutorial about Realizing Semantic Web Applications at BIS 2008, ISWC 2008, and ICWE 2010; and several industrial short courses for CEFRIEL centered on future evolution of the Web. In 2008 he was author of the first Italian Semantic Web book. Between 2004 and 2007, he was lecturer of Advanced Information Systems at Politecnico di Milano. 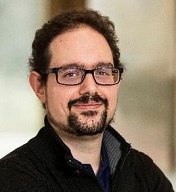 Andrea Mauri is a PostDoc Researcher at the Faculty of Architecture and the Built Environment, Department of Management in Built Environment in the Research Group of Urban Development Management. He works in the context of the BOLD Cities project, which aims to use big data research to help find solutions for urban problems. His main research interests include smart city sensing and social content analysis. In particular he is interested in applying data science techniques for integrating data coming from different sources in order to getting insight on the urban environment. 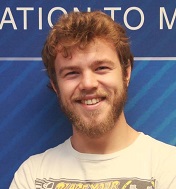 Riccardo Tommasini is a PhD student at the Department of Electronics and Information of the Politecnico di Milano. He enrolled in November 2015, focusing on how to realize an efficient yet Expressive stream reasoning approach. His research interest comprise Reasoning and Ontology Based Data Access, Stream Processing and Complex Event Processing, Temporal Logics and Benchmarking. Riccardo's teaching activities comprise (i) a Big Data Tutorial with practical classes on Esper and C-SPARQL during his visiting at Kno.e.sis centre at Wright State University, Dayton, Ohio. (ii) He is a teaching assistant at Politecnico di Milano for the courses: Interoperability and Semantic Web Technologies (15-16) and Principles of Programming Languages (16-217, 17-18). 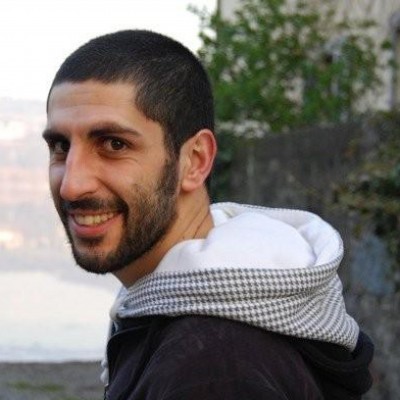 Marco Balduini is a PhD student at the Dipartimento di Elettronica, Informazione e Bioingegneria (DEIB) of the Politecnico di Milano. His research work focuses on data integration, data processing and semantic web. His major interest is the management of heterogeneous stream of spatio-temporal data. He developed Natron, a general-purpose system for stream processing. He is actively involved in the development of the C-SPARQL Engine and in the W3C Community Group on RDF Stream Processing (RSP). He participated in the research activities of the EU FP7 projects LarKC and ModaClouds and in the EIT projects City Data Fusion for Event Management, Crowd Insights and Welcome. He is also a co-founder of Fluxedo, a start-up that exploits cutting-edge technology in the field of big data management and analysis.
HOW TO COOK AN AGILE WEB BASED MODEL DRIVEN ENVIRONMENT IN A NIGHT

This tutorial focuses on the introduction of Model Driven Development (MDD) in real world applications and work-ows. To achieve this task, in particular when Domain Specific Languages (DSLs) are involved, various aspects must be considered, including model editing, verification and transformation. The effort required to build a custom MDD environment can be considered excessive and not worthwhile, especially for small software projects. On the other hand, the adoption of general purpose tools, despite the claims of interoperability, can suffer the so-called vendor lock-in.

A novel approach was presented during ICWE 2017 in the form of the AgiLe MOdel Transformation framework ALMOsT.js, which is an open-source development platform comprising lightweight and modular tools based only on open Web standards, such as JavaScript, HTML, CSS and SVG. This tutorial will present the motivation behind ALMOsT.js, will discuss how such a tool can reduce the friction between developers and the MDD approach, and will guide the audience through the steps required to bootstrap their own MDD projects. 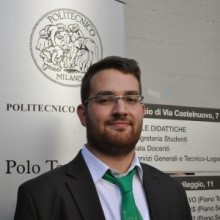