Third computing revolution, the one after desktop computers and mobile touch screen devices, is emerging in a form of mixed reality. Mixed reality with its infinite screen and programmable world is how we might soon experience a new application paradigm. This new paradigm again reangles the development of the current technologies and will also introduce new technologies.

In this presentation we will look how current technologies can be used and what new enablers are needed for this new application paradigm. 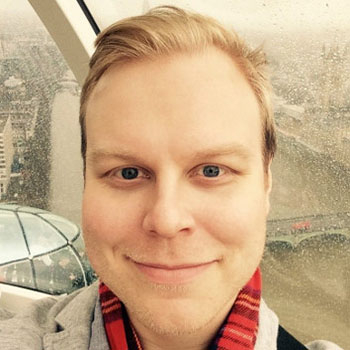 Antti is working as a lead software engineer at Varjo. Varjo is a company based on Helsinki, Finland working on a revolutionary virtual and mixed reality headset having a human eye resolution. Antti has been doing research as a PhD student at Tampere University of Technology from future mixed reality 3D application paradigm focusing mostly to multiple simultaneous 3D application graphic stack needs and application programming paradigm.